In the month of July 2019 Staat van Beleg could list 695 human rights violations (and 175 reports/ analyses). (see our archive).

This month Toine van Teeffelen writes about his experiences with checkpoints in the West Bank. Toine is a Dutchman who is living with his Palestinian wife and two children in Occupied Palestine.

Experiences with checkpoint 300 between Bethlehem and Jerusalem are engraved in the memory of a great many Palestinians from the southern West Bank. Many have to face daily humiliations such as waiting in a busy line or being shouted at by teen soldiers. Even when you try to switch off your consciousness when passing the checkpoint, it is impossible to completely prevent painful memories to have a lasting impact.

As a Dutchman married to a Palestinian, I for example remember my son and daughter holding my hand tightly when we used to approach the Bethlehem checkpoint, even though they were treated in my presence more like Dutchmen or tourists than as Palestinians. But tensions were greater in the presence of my wife. My daughter, nine years old at the time, was once called by a soldier that she had to take off all of her clothes after she continued to beep in the X-ray. My wife asked if the check could not be done in a separate booth. When the soldier refused, my wife summoned our daughter to just stand still. The soldier did not let them through. The stand-off lasted for around 20 minutes. The growing line of people waiting wondered what happened. In the end, both were forced to return to Bethlehem.

For quite some time my wife did not want to pass that checkpoint, even when she had a traveling permit. (Christian Palestinians such as my wife may get a traveling permit during Christmas and Easter time). But over time she found her right to visit Jerusalem more important.

Everyone here in Bethlehem has one or more of such checkpoint stories. 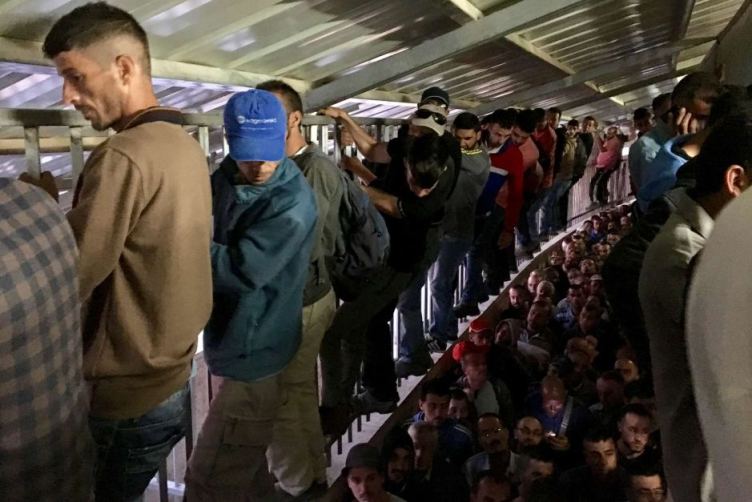 Looking back over the past 25 years that we have been living here, I notice three developments around the checkpoints.

First of all, the rather improvisational checkpoints of the nineties has been transformed into large-scale terminals after the construction of the Wall (here in Bethlehem in the period 2003-2005). The checkpoints around Jerusalem became a kind of international border post. The terminals marked a border of Jerusalem that extended deep into the West Bank – a form of creeping annexation.

A second development: a few years after the construction of the terminals, children under the age of 16 (including babies) came to need a permit to pass the checkpoint, which they could previously pass with a birth certificate. A decision to this end was never formally announced.

Initially the policy was not clear and contradictory. The first years seemed to be a try-out to see if and how the policy could be applied. Gradually, the population got used to the new reality. I still remember the frustrating moments when we didn’t know whether or not our children could pass the checkpoint.

A third, more recent development is the introduction of biometric equipment with face recognition. Every Palestinian passer-by needs a magnetic card that indicates whether or not there is a permit. Cameras deep in the West Bank, such as those at checkpoints around the settlements or on the Wall, can record faces that match those on the magnetic cards.

A totalitarian development. Palestinians who participate in demonstrations, for example, may now run the risk of not getting a travel permit to Jerusalem or Israel. At work I see colleagues wary of getting involved in political or human rights issues because this may further limit their travel options in the future. 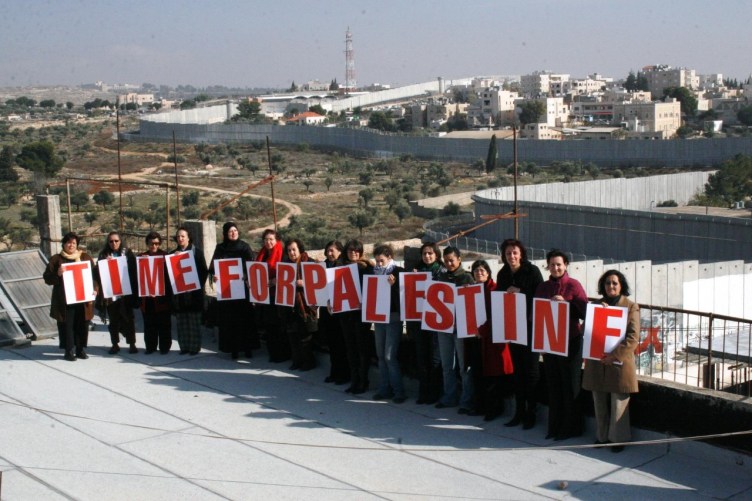 The Wall north of Bethlehem. In the front we can see women of the Arab Educational Institute. Photo credits: Toine van Teeffelen

Functions of the checkpoints

The checkpoints around Jerusalem and into Israel have the important function of separating Israel and Jerusalem from the West Bank. Whereas Arab East Jerusalem was previously a functioning center of the West Bank, this is now not anymore so. Checkpoints are one of the ways for Israel to create, over the course of several generations, facts on the ground preventing a Palestinian state centered on East Jerusalem.

In general, the checkpoints function as “categorizers” of Palestinians. Palestinians on the West Bank have a different ID card than those in Gaza, or in East Jerusalem, or those with an Israeli passport. In the small museum of the so-called Walled-Off (Banksy) Hotel in Bethlehem you can observe a collection of different ID cards of Palestinians, showing different political-geographical identities. Each “category” features a different combination of rights, restrictions and options.

The checkpoints are thus effective in fragmenting Palestinians.

The licensing system also increases dependence. For their affairs, quite a few Palestinians from the West Bank depend on purchasing materials and technology in Israel. You see that people do their best to find a wasta ( ‘help’) when a permit is urgently needed. A permit may be won through, for example, a religious organization, or some Israeli senior military somebody knows. The army makes use of the need for traveling permits by giving Palestinian informers and their relatives travel benefits.

In general, the permit system helps to curb public opposition to the occupation. Economic dependence plays a role, but the constant travel problems simply draw human energy away, creating a sense of paralysis. In the conversations people have during their daily visits, much time is spent on travel restrictions and the limited traveling possibilities. Indeed every family is busy sorting out a special constellation of travel problems.

You should here also consider traveling abroad. The Allenby Bridge from the West Bank to Jordan is a horror to many people, especially the elderly, during the summer months due to the heat and the long wait. People are talking and texting on the phone from hour to hour to hear how family once again survives the journey.

Family members who live abroad and return to the West Bank also have their special experiences, such as long interrogations, at the border. Foreign passport holders in the West Bank have visa problems. For 25 years I have been here on fairly uncertain tourist visas, with at present varying visa periods of just a few months.

We sometimes say here that while the Wall is the visible icon of occupation, the permit system, which Israel uses arbitrarily and without explanation and accountability, is perhaps an even more important though less visible mechanism to maintain the occupation.