In the month of October 2019 Staat van Beleg could list 864 human rights violations (and 160 reports/ analyses). (see our archive). This month we write about the hazards of normalization.

It is hard to find a subject in history that has been documented as intensively and endlessly, while simultaneously being largely ignored by the mainstream media and politicians, as the cruel occupation of Palestine. It seems that all efforts of silencing one of today’s greatest injustices are starting to bear fruit. Where normalization of Israeli crimes already caused much damage to the Palestinian cause over the years and where international laws were blatantly ignored we are now being confronted with a reality where laws are being implemented protecting Israel from criticism. Meanwhile, the world is slowly being dragged into the Zionist mindset where violence and the use of weapons are an essential element for the very existence of mankind. In the beginning of this year we already wrote something on normalization and we would like to share the latest developments with you.

“For if life had taught her anything, it was that healing and peace can begin only with acknowledgment of wrongs committed.”

Holding on to a two-state solution

Holding on to a two-state solution is an approach in which an illusion is being created that it will take place at a certain point in time and this will make room for keeping the Israeli occupation of Palestine in tact.

The most significant sign of the unwillingness to find realistic solutions is the persistence of the UN towards a two-state solution. The tunnel vision of United Nations officials committed to a two-state solution at the expense of basic human rights principles is downright dangerous. Early October a UN “peace building” official, Rosemary DiCarlo, stated that she had good meetings with Israeli interlocutors including the military and foreign ministry. Earlier this year, an independent UN commission of inquiry concluded that Israeli forces may have committed war crimes and crimes against humanity by using lethal military force against unarmed protesters in Gaza. By meeting with military officials, and the ministry concerned with shielding Israel from accountability, while treating them as partners for peace, DiCarlo is directly undermining the UN commission of inquiry’s findings and recommendations.

The same Mladenov posted a photo on Twitter, of himself and UN Under-Secretary-General for Political and Peacebuilding Affairs Rosemary DiCarlo, together with a group of female refugee students attending one of UNRWA’s schools.: “I hope these young girls grow up to participate in democratic elections where Palestine, Israel live side-by-side in peace and security,” At a time when the United Nations Relief and Works Agency for Palestine Refugees is facing a severe crisis due to funding shortages, as well as the misdemeanour allegations concerning its staff, the last thing the UN should be doing is exploiting Palestinian children for the sake of upholding the obsolete two-state compromise. It is worth mentioning that the office of the UN Secretary-General Antonio Guterres has started exploring alternatives for the UNRWA.

“The reasons the two-state solution is dead are clear to anyone who pays attention. There are 650,000 Israeli “settlers” living on territory that was supposed to be part of the Palestinian state, including East Jerusalem, and Israel has no desire/intention/will to yield that land, and btw, those settlers are heavily-armed and can vote in Israeli elections and their Palestinian neighbors can’t.

A US Middle East envoy punishing Palestine for being occupied

Jason Greenblatt, outgoing US Middle East envoy, even went beyond normalization and brought things to a ‘higher level’ by calling on donor countries to halt their donations for Palestinians since no progress is being made towards a peaceful solution between Palestine and the occupation state. He also blamed Palestinians for the inhumane condition in Gaza, resulted from the Israeli siege. It’s the same Greenblatt who recently said that the term ‘settlements’ should be replaced with ‘neighbourhoods and cities’.

If we take a closer look at the above mentioned donations we should take in mind that since its inception, the Palestinian Authority (PA) has been heavily handicapped. Israel not only failed to transfer control over the powers and resources necessary for governance: It effectively transferred the burden of governance to the PA. International support to the PA in billions of dollars for development, infrastructure, humanitarian relief, and budgetary support was hailed as a successful endeavor in institution building. Instead, it brought on dire socioeconomic conditions and transformed the PA into an NGO-like body, a well-oiled administrative machine to facilitate the implementation of micro-projects funded by donor aid – and even these small projects are controlled by Israel in ways that are not widely reported.

One of the most clear indications of normalization of the Israeli Occupation is the extent to which the world is willing to condone or ignore Israeli violence. A good example is the UN’s delay in the potential listing of the Israeli military on a ‘list of shame’ of armed forces guilty of grave violations against children.

The UN delay of transmitting a database

Then we have the up to this day delay by the UN of transmitting to the Human Rights Council the database of all businesses engaged in listed activities related to Israel’s unlawful settlement enterprise in the Occupied Palestinian Territory, as mandated in Human Rights Council resolution 31/36 (2016).

An uninhabitable Gaza, created by Israel and a complicit international community

A good example of normalization in its purest form are the dire warnings about conditions in Gaza that were issued since 2015. A report by the United Nations Conference on Trade and Development (UNCTAD) argued that Gaza would be “uninhabitable” by 2020 if the trends then current continued. None of those trends has been halted or reversed. Which means Gaza is about to slide into a fully fledged humanitarian catastrophe entirely created by Israel, and implicitly supported by the silence and inaction of western states. As Ramona Wadi (Middle East Monitor) mentions: “UN officials are not in short supply for “highlighting humanitarian gains”. Behind this facade, however, lies the magnitude of the problem. Israel’s colonial presence in Palestine is the reason why Palestinians became recipients of humanitarian aid. If the UN is still speaking of gains rather than accomplishments, it is evident that there is political consensus to ensure that the Palestinians are prevented from overcoming the deprivation enforced upon them”.

Worthless condemnations of the EU

What we have been witnessing over the years is an endless series of condemnations of the EU regarding Israeli policies, most commonly on settlement policies. What was missing, however, were sanctions that were never implemented. Quoting Ramona Wadi (Middle East Monitor): “Monitoring Israel’s illegalities without holding Israel’s presence accountable is the safest way to coerce Palestinians into silence about the ravaging of their land.”

The latest resolution of UNESCO

UNESCO revived its previous 16 resolutions on Jerusalem with a 17th resolution. All resolutions condemned Israel, as an occupying power, for its disregard for the international law through its persistence in carrying out excavations, tunnels construction and other illegal acts in east Jerusalem. 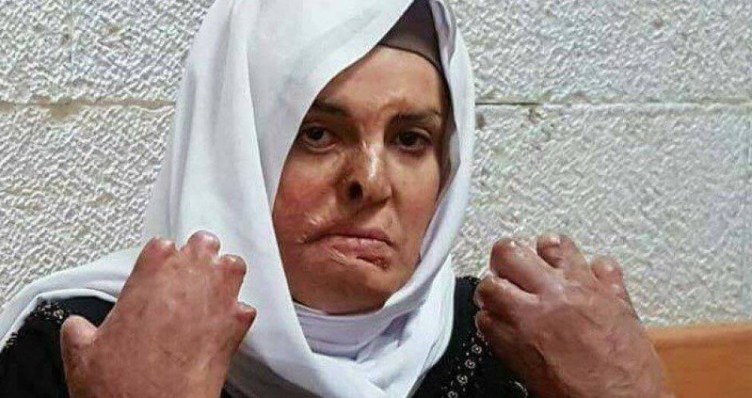 The Israeli occupation as business model

The ongoing Israeli Occupation is a a good business opportunity for corporations. The involvement of Israeli and international corporations in the occupation is widespread and multi-layered. We will write about this subject more detailed in an upcoming text but we just want to mention it briefly since it has everything to do with normalization. We will here mention some of the corporations involved:

Corporations involved in demolitions are not only involved in the destruction of private property, but can possibly be linked to the forcible transfer of the protected population as well.

Private military and security firms guard illegal settlements and construction sites in the occupied territory. Such firms are also responsible for the day-to-day operation, security and maintenance of checkpoints within the West Bank and between Israel and the occupied Palestinian territories. All companies involved in the planning, construction, operation and maintenance of the intricate mechanisms of physical separation and restriction of movement resulting from the Wall also fall under this category.

The Israeli quarries in the West Bank (a number of them operating as subsidiaries to international corporations) yield an income of almost one billion ILS annually (approximately USD $250 million). Of that total amount, 2.5 per cent is granted as royalty to the Israeli Civil Administration and the remaining 97.5 per cent goes directly to the Israeli economy.

Israel also permits the illegal exploitation of Dead Sea minerals by the Israeli corporation Ahava – Dead Sea Laboratories Ltd., which is located in the Mitzpe Shalem settlement in the occupied West Bank. Together, the settlements of Mitzpe Shalem and Kalia hold 44.5 per cent of Ahava’s shares, and as such, both the Israeli economy and the settlement economy are benefitting directly from the exploitation of Palestinian natural resources.

The backlash against normalization

Whenever we witness an intensification of unacceptable policies we can expect a backlash. Opposition both inside and outside occupied Palestine will increase. Violations will be comprehensively documented as ever before. Human rights defenders will be highly motivated to continue emphasizing the urgency for a just solution. They will remind the world that it is not normal that children are being detained, that detainees are being tortured, medically neglected and held in prisons without trial. That it’s not normal to violently restrict an entire population in all aspects of daily life including their efforts to build a future with reasonable opportunities for a decent life. That it’s not normal to kill and injure peaceful protesters. That it’s not normal to demolish houses, steal people’s land, to expel entire communities around the West Bank and to build illegal settlements. That its not normal that war criminals are getting away with killing civilians. And so on and so on. 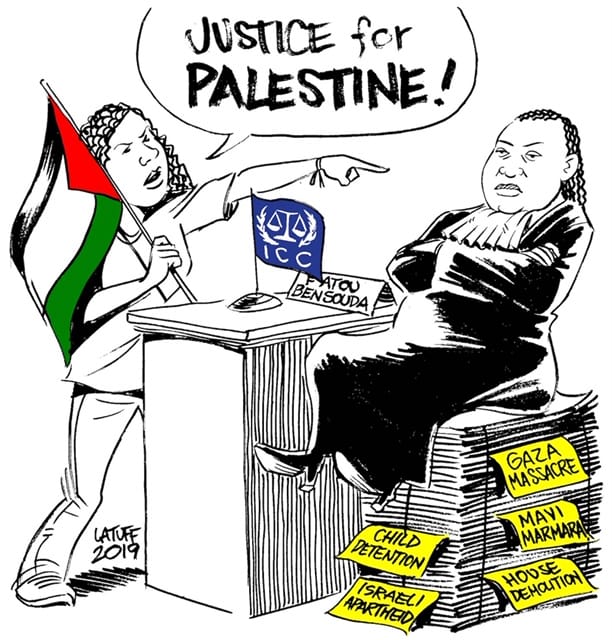