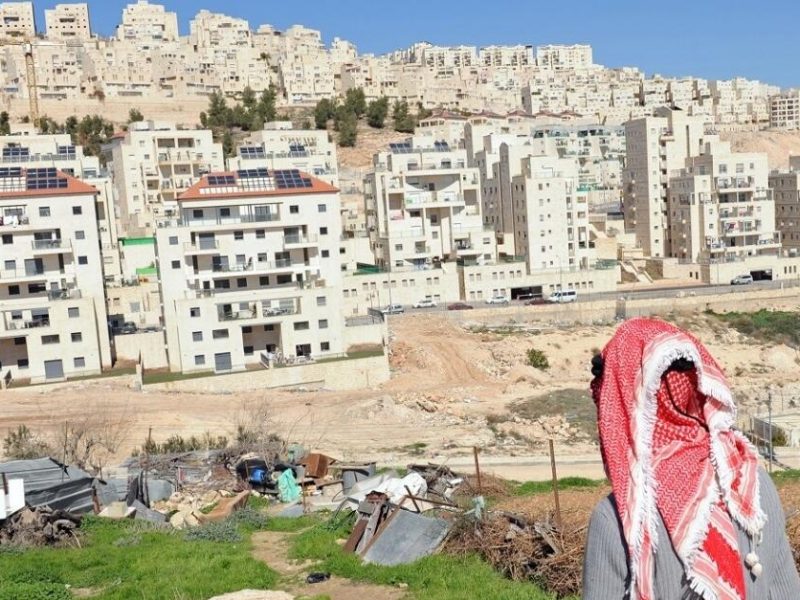 In the month of February 2017 Staat van Beleg could list 668 human rights violations (and 219 reports/analyses).

In a situation of oppression and resistance everything is connected to everything else. Every child murdered, every house demolition, and every new rule or law that causes more harm to the lives of Palestinians leads to more tensions in a society that is not allowed to be one.

This month’s theme is the so called “Land-grab Law“, which – again – shows an ugly side of Israel. 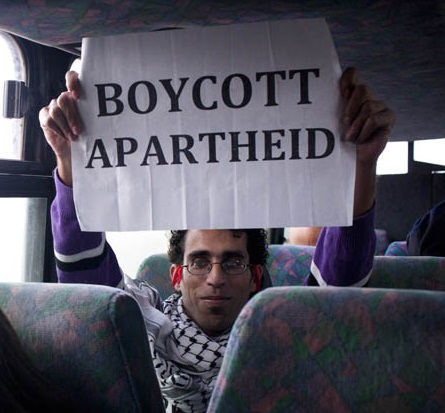 But first let’s take a moment to remember Basel al-Araj, who was killed by Israeli troups last monday. al-Araj (the ‘Martyr of Pen and Bullet‘) was an intellectual, writer, youth leader, and activist. He had been in an Israeli jail for six months recently (without charge) and had been released after a hunger strike, together with a few fellow activists. After their release however, Israel started to track them down. Basel al-Ajar managed to keep hidden for some time, but they finally got to him. After he experienced the Israeli prison system (read: Torture in Israeli prisons: 200 methods used against Palestinian prisoners), and well aware of the deaths of hundreds of Palestinians in the last year, he decided to write a will: “If you are reading this, it means I have died and my soul has ascended to its creator.” Death would have been preferable compared to another prison sentence.

People like al-Araj are the real danger to the Jewish State. They show that the real resistance is not terror, but intellectual opposition. He wanted to preserve Palestinian history and his main fight was against Israeli attempts to bury that history. Basel al-Araj did not run away. He knew that would be pointless. If you are on the death list it doesn’t matter where you are. The famous Palestinian writer Ghassan Kanafani was murdered by the Mossad in Beirut in 1972. Together with his 17 year old niece.

The last dragon zionism has given birth to is eufemistically called the “Regularization Law“. This law has the intention to legalize what has been done for decades, namely to legalize illegal (even according to Israel until recently) outposts in the West Bank. The law gives Israel the right to steal Palestinian private property. So “Land-grab Law” or “Expropriation Bill” would have been more accurate. Internationally the law has been criticized on moral and legal grounds, even by a country like Germany that is usually reluctant to speak it’s mind when it comes to the Jewish State. Barak Ravid in Haaretz: “The official reason given for the cancelation is the election in Germany, but German and Israeli sources say the real reason was Berlin’s anger at Israel’s expropriation law.” (Germany’s Merkel Cancels Summit With Israel in Wake of Palestinian Land-grab Law). There was also criticism from the U.N. the E.U., and several E.U. member states like France, England and Holland.

The Palestinians who are the victims of this absurd law can’t even vote for the Knesset. Imagine a country like Holland adopting a similar law which would give it the right to steal private property in Belgium! For more background information please read this article in Haaretz: Explained: Israel’s New Palestinian Land-grab Law and Why It Matters.

Millions of Palestinians are living in an area that is brutally dominated by Israel in every aspect. The smaller their space gets, the more frustration will grow. That’s why the killings and imprisonments of Palestinian intellectuals are such a danger to the Palestinian people as a whole. Eventually, those with less capabilities and self-restraint as a Kanafani or an al-Araj will be the ones left. And that’s a gift to Israel’s propaganda strategy.

To make our archive (since July 2015) more accessible, Staat van Beleg has developed a search tool that gives you an overview by month and category of the long list of human abuses against the Palestinian people. It is Staat van Beleg’s hope that by consulting these pages more people will understand that time is running out.