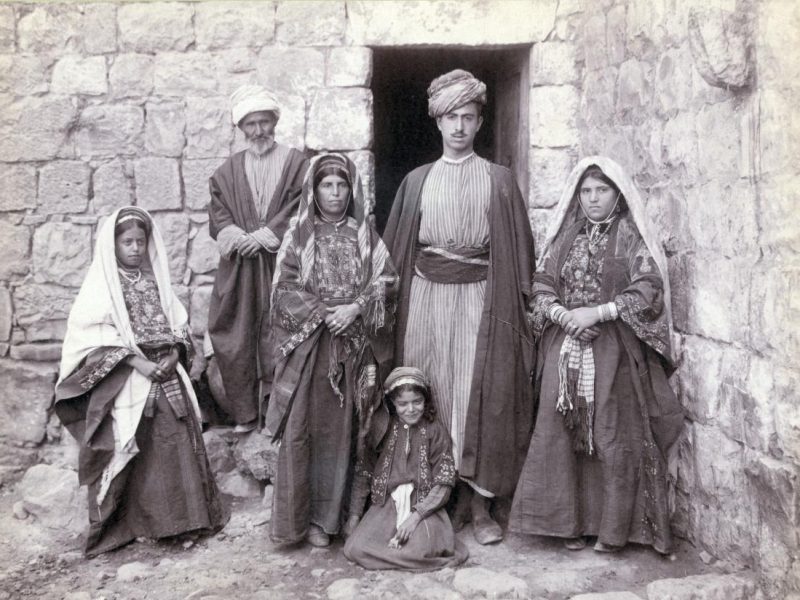 In the month of August 2017 Staat van Beleg could list 733 human rights violations (and 178 reports/analyses). (see our archive).

Historian Ilan Pappé used the term ‘memoricide’ in the title of chapter 10 of his important book ‘The Ethnic Cleansing of Palestine’. It means the erasure of the memory of Palestinian culture in favour of Zionist myths. From 1947 on, the Zionists started to take over and erase Palestinian villages, which were later replaced by large forests and parks, meant to hide from view the earlier Palestinian presence. In a cynic move, the oppressors created spots for tourism. A particular painful case is the Mamilla Cemetery in Jerusalem. It goes back to Roman times and has been replaced by a hotel, a park, a nightclub, and even a Museum of Tolerance. “Mamilla cemetery is a prominent cornerstone of the Arab, Islamic and Palestinian identity of the city. But today it’s a forgotten place.” (Pablo Castellani en Chiara Cruciati)

As Ilan Pappé writes, the renaming of Palestinian locations with Hebrew words – those that were bought and those that were taken by violence – started as early as 1920. A ‘Naming Committee’ was ‘an ad-hoc group of scholars that granted Hebrew names to lands and places‘. The history of what is known as Palestine is thousands of years older than the arrival of the first Hebrews, and even those later locations are impossible to pinpoint exactly. But that’s not relevant, states Pappé, since ‘the motive for Hebraizing the names of the evicted villages was ideological and not scholarly.’ And many years later, famous Israeli general Moshe Dayan stated: “There is not one single place built in this country that did not have a former Arab population.”

It’s impossible to show the thousands of examples of the erasure of Palestinian culture since the late 19th century. We will just give you a few examples in the hope that they may motivate further reading.

In an overview of this cultural theft, Roger Sheety wonders what would have happened if the Zionists would have had it their way at the Peace Conference of 1919 (Stealing Palestine: A study of historical and cultural theft). They demanded not only Palestine, but also parts of Egypt, Lebanon, Syria, and the whole of Jordan. Would Israeli archeologists been digging for “proof” of a mythical Greater Israel in those countries? A more convincing example is the Palestinian dress. The roots of this proto-Palestinian craft go back to the Canaanite period circa 1500 B.C. Sheety focusses on a number elements that Israel tries to sell as its own, like Palestinian/Arab cuisine, the Palestinian/Arab dress, and Palestinian agriculture and land. The theft is not just about historical places, but also books and movies. “What cannot be absorbed within Zionist mythology must be eradicated,” writes Sheety.

Another article, this one by Kathryn Shihadah, focusses on archeology (How Israel Weaponizes Archeology). The ‘Palestine Exploration Fund’ (1865) is the oldest archeological organization in the world that is dedicated to the Middle East. “Here excavators have feasted on a dizzying array of strata, ranging from Upper Paleolithic (about 40.000 BC) to late Ottoman (19th century AD), and everything in between.” Recently, Israeli PM Netanyahu tried his luck with a coin found in a settement, “evidence of the deep connection between the people of Israel and its land.” But soon it became clear that the coin was 2000 years younger than originally thought.

As a case study, Kathryn Shihadah describes the fate of Silwan in East-Jerusalem. Until 1967 this neighborhood was “almost completely Palestinian and Muslim.” But right after the occupation of East-Jerusalem a plan was presented to create a 75% Israeli majority. ” the objective was “to get a [Jewish] foothold in East Jerusalem and to create an irreversible situation in the holy basin around the Old City.” (This is called “ethnic cleansing.”) This has been accomplished through evictions and home demolitions—over half of the houses in Silwan are under demolition orders—sometimes using forged documents.” Tens of thousands of homes and thousands of businesses were appropriated during Israel’s early years. And on top of that, the City of David National Park was built on Silwan’s land. A very profitable tourist attraction for Israel.

‘Canada Park’ is another similar example. A few kilometers northeast of Jersusalem, it used to be the Palestinian village of Imwas with its surroundings. In 1967, 2000 inhabitants were driven out of their homes, as well as another 3.500 people from neighboring villages.These people and their descendants are still living as refugees in Gaza, the West Bank, and Jordan. The village was destroyed and in its place came a park, “paid for with $15 million in charitable donations from Canadian Jews.” Jonathan Cook writes: “Zochrot is considering widening its campaign by alerting Canadian donors to the fact that their money has been used — in contravention of international law — effectively to annex a section of the West Bank to Israel.” (Jonathan Cook: Canada Park and Israeli “memoricide“).

But Silwan and Imwas are small potatoes compared to Jaffa – the Bride of the Sea. Jaffa was the epicenter of Palestine’s economy until 1948. Contrary to Zionist propaganda about “making the desert bloom”, in the 1930’s, Jaffa exported “tens of millions of citrus crates to the rest of the world, which provided thousands of jobs for the people of the city and its environs, and linking them to the major commercial centers of the Mediterranean coast and the European continent.” But the city was also important for tourists and pelgrims alike, and it was an important cultural center with many newspapers. Before the cruel siege by the Zionists in 1948, Jaffa, together with its neighbouring villages, had a population of about 120.000 people. After the Zionists took over the city, only about 4000 remained. And those 4000 were put in an open air prison, the neighbourhood al-Ajami, complete with barbed wire, patrolling soldiers and guard dogs. “It was not long before the new Jewish residents of Jaffa, and based on their experience under Nazism in Europe, began to refer to the Palestinian neighborhood as the “ghetto.”” Today there are an estimated 700.000 refugees from Jaffa, most of them are living difficult lives in Gaza, the West Bank, or Jordan. They can’t even visit their own town. Those Palestinians who went abroad can more easily visit Jaffa on an American passport. (Sami Abu Shehadeh en Fadi Shbaytah: Jaffa: from eminence to ethnic cleansing).

Defenders of Israel often claim that there are two sides to every story. And that’s certainly true. But in recent years it has become abundantly clear where the Palestinian side of the story is: it is hidden in archives of the Israeli Army and the Ministery of Defense, and even in the national library.

About five years ago, Benny Brunner and Arjan El Fassed created the documentary ‘The Great Book Robbery‘. This is the story of the systematic theft of thousands of Palestinian books and manuscripts since 1948. As one researcher discovered by accident, there was a plan behind this, it was part of the erasure and denial of Palestinian culture.

More recently, we saw the result of many years of research by Dr. Rona Sela, an Israeli art historian. She discovered countless Palestinian photos and films in Israeli archives. The theft was not limited to Palestine, in 1982, when the Israeli army entered Beirut, they confiscated large amounts of Palestinian cultural assets. There are still hundreds of films Dr. Sela hasn’t been able to view. She is very clear about should be done with the material: it should be returned to the Palestinians. “Just as Israel is constantly fighting to retrieve what the Nazis looted from Jews in the Holocaust. The historical story is different, but by the same criterion, practice what you preach. These are cultural and historical materials of the Palestinian people.” (Ofer Aderet: Why are countless Palestinian photos and films burried in Israeli archives?).

A lot of Zionist propaganda was bases on the lack of Palestinian documents. It often was the word of a Palestinian against an army of Israeli scholars. This started to change slowly with the “New Historians” like Ilan Pappé, but it was relatively easy for Zionists to keep to their story because there was no wealth of cultural expressions. Now we know why.

Intellectuals, writers, musicians artists, painters, and dreamers can give people hope. They can show us how to deal with a seemingly unlivable situation. And so it was a huge blow when the people of Gaza learned about the suicide of a young writer, the 22 year old Mohanned Younis. In the same period, 30 year old illustrator Moath al-Haj was found dead in his house. (Suicide and a lost generation: Gaza youth are dying before they can live).

These two victims symbolize the inhuman tragedy that is unfolding in the Gaza Strip. Maybe all this could have been prevented if public opinion in the West had been awaken in time. The effects of the memoricide over the past 70 years make it clear that memoricide should be considered a crime against humanity.