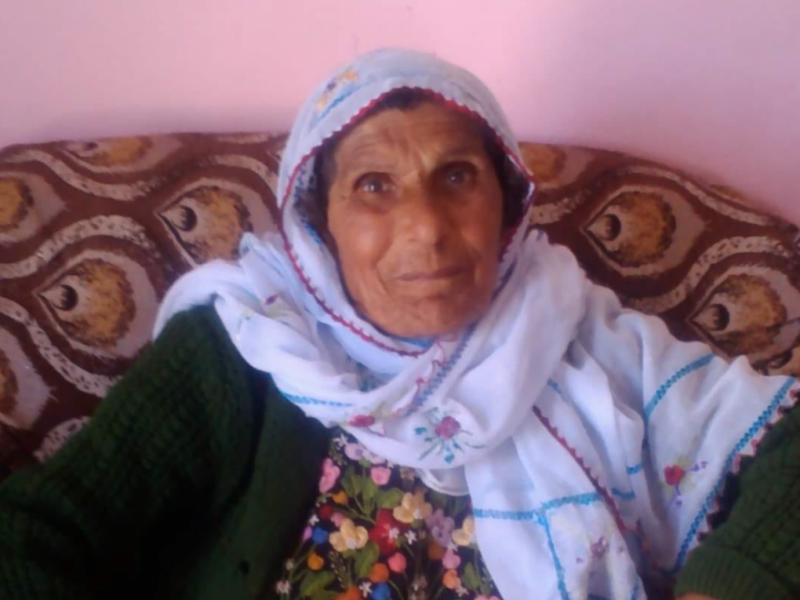 In the month of April 2021 Staat van Beleg could list 1,205 human rights violations (and 189 reports/analyses). (see our archive and the monthly violations reports of the Negotiations Affairs Department). This month we write about Palestinian victims of car ramming attacks.

On 7 April the 73-year-old Palestinian Shafiqa Mohamed Abu Aqeel was proclaimed dead after she succumbed to serious injuries she sustained the day before when a jewish settler rammed his car into her on a road in southern al-Khalil in the occupied West Bank. According to local sources, a settler was driving at high speed, ran over the woman and injured her seriously in Muthalat as-Simya area near as-Samu town, south of al-Khalil.

This incident is not the first of its kind since many Palestinian citizens were subjected to run over attacks by Israeli settlers while crossing the main roads that link Palestinian cities. However, the Israeli occupation authorities always rush to justify such attacks as unintentional accidents. The perpetrators will therefore not being arrested, charged and punished by Israel.

On the other hand many Palestinians have been shot death under the pretexts of carrying out “deliberate ramming attacks,” after their cars crashed into Israeli vehicles, including army and police jeeps. In most incidents is was clear that the alleged attacks were traffic accidents, but since they involved Israeli settlers or soldiers, the Palestinians were shot under the mere suspicion of carrying out deliberate attacks, and many Israeli media agencies labeled the accidents as “terrorism.” Israeli checkpoints – which flagrantly violate Palestinians’ freedom of movement and cut the West Bank into cantons – have become death traps where Palestinians are immediately sentenced to death for the slightest mistake or even on mere suspicion.

In 2018, 43 car-ramming incidents were carried out by Jewish settlers against Palestinian citizens on roads in the West Bank and Jerusalem. They led to the death of four citizens and the injury of 33 others.

There were also cases where Palestinians got injured or were killed by army trucks.

Not only Palestinian people are targeted, Israeli settlers and armed forces frequently kill sheep and cattle of Palestinian farmers. Over the years many sheep have been killed. On 24 september 2015 an Israeli settler ran over 40 lambs in the eastern part of the West Bank city of Nablus. The settler hit the lambs several times. Forty lambs, out of 300, were killed and at least 20 others were wounded.

Since the start of this archive in July 2015 we have reported the victims of car ramming attacks by settlers. We will commemorate those 25 victims here. Please note that these are only victims that were being killed and these are only the cases that were covered by the media. Many more got injured, sometimes severely and there were also attempts to run over Palestinians.