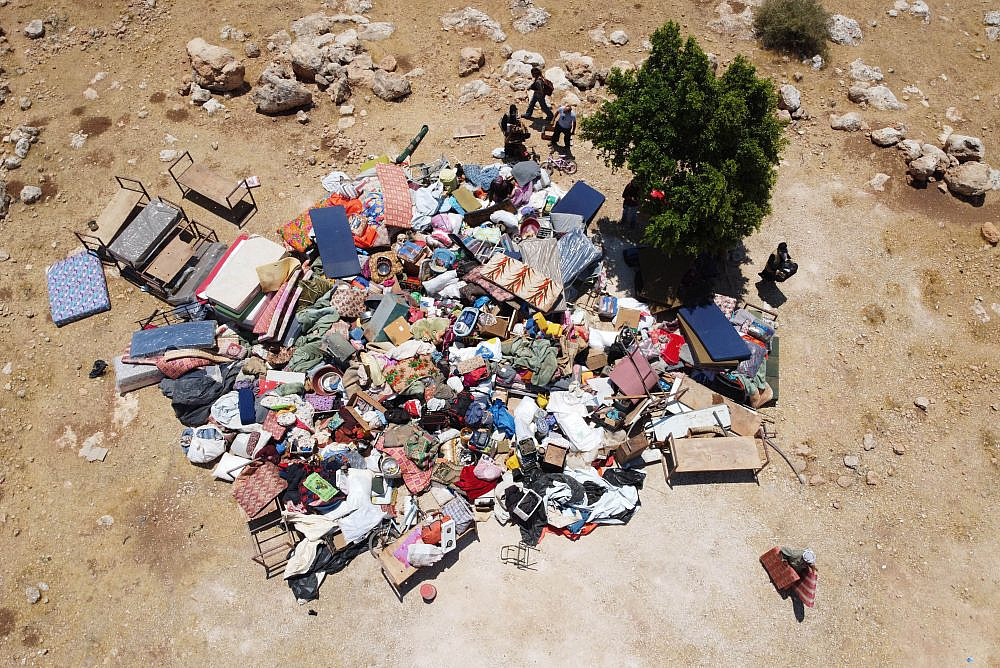 In the month of August 2021 Staat van Beleg documented 1547 human rights violations and 133 reports. This month we write about the last 10 years of demolitions in the occupied West Bank.

The numbers by year

In the last 10 years, from January 2012 until the 11th of August, not much has changed in terms of home demolitions and the expulsion of Palestinian natives. There is always, somewhere, an Israeli demolition campaign going on. On average, around 600 demolitions have been carried out each year, except for 2016, which was a particularly bad year with 1094 demolitions.

We make a distinction between categories among the different types of demolition cases, although there is an overlap in some cases.

The largest category is that of agriculture with 1942 demolitions. This involves the demolition of structures used for agriculture and livestock, such as animal shelters, and the leveling/destruction of agricultural land and crops, which in roughly three quarters of cases is privately owned by Palestinians.

In 1763 of the cases it concerns homes that are still inhabited. Houses, apartment buildings or parts thereof.

In 693 cases it concerns residential buildings that are not (any longer) inhabited.

The livelihood category is the third largest category with 923 cases. Think of shops, warehouses and other buildings that are necessary to provide for the livelihood of the people who work there.

Water and sanitation facilities were targets of Israeli demolition in 552 cases. In most cases this concerns water reservoirs, water pipes and wells.

The smallest category in our overview is about infrastructure. This includes the demolition of roads and electricity grids.

There has been a lot of media attention for the situation in Sheikh Jarrah where 28 families face expulsion, but this is not the area where the most demolitions have been carried out in recent years. Most demolitions have been carried out in Humsa Al Bqai’a (Tubas), with 113 demolitions and 292 people being displaced as a result. Humsa Al Bqai’a is a Bedouin community in the north of the Jordan Valley and Israeli military forces declared it a “closed military area”, while blocking access for international observers from diplomatic and humanitarian communities.

However, the governorate of Jerusalem is the hotspot for demolitions and expulsions. With 2037 demolitions and 3482 displaced people since January 2011, and likely many more to come, Jerusalem makes up for respectively 24% and 27% of all the demolitions and displacements in the West Bank.

When one structure is demolished, multiple people are affected by it. It may be a large family with little children having to sleep outside, it may be a store owner or employee being robbed of his livelihood, it may be a bedouin community whose residential tents are being seized, and everyting in between. Behind every number exists a story of Palestinian natives whose lives were turned upside down. Many say that the Nakba – the 1948 mass exodus of at least 750,000 Palestinians – is still ongoing, just on a smaller scale.

Children are paying the highest price. Tearing down a house, a school or other vital infrastructure, destroys their right to an education and their right to have a home. It targets their future, their health, their safety and well-being. According to Save the Children, 53 schools across the West Bank and East Jerusalem are currently facing the risk of demolition. An estimated number of 5,250 children are at constant risk of seeing their school destroyed and losing out on an education.

Every day the Israeli army comes to the town. The other day, they came wanting to demolish our school, and I started to get scared. My hope is to become a teacher, but there aren’t many teachers here so I’m afraid I won’t be able to become one.

As shown in the chart below, 51.4% of the displaced Palestinian population consists of children. That is a total of 4946 children.

The psychological impact of home demolitions upon families and their children can be severe. Long periods of instability typically follow a demolition, including the destruction of normal family life and routines, and the disruption of schooling. A child’s mental health is also profoundly affected by the psychological health of their parents, which can be compromised following a demolition.

Some children and adolescents experience developmental regression following a home demolition, according to Médecins Sans Frontières (MSF). This can include bedwetting, as well as behavioral changes and concentration problems. The most common disorders observed in the weeks following a demolition are anxiety, depression and post-traumatic stress disorder.

Demolishing Palestinian homes and property amounts to violations of Israel’s obligations under both international human rights and humanitarian law.

The year 2019 saw a spike in the number of affected people by demolitions. This is because of several high impact demolition campaigns. One example is the case of Tammun village in Tubas, Jordan Valley, where in June 2019 Israeli forces demolished two water cisterns, affecting access to water for the village 13,588 residents.

When I came home from school, I didn’t see my house. I ran toward it to see it was wrecked. I felt very sad and scared.

In the last 10 years Israeli authorities demolished or sealed 96 Palestinian-owned homes on punitive grounds, displacing 499 people, children among them.

Punitive demolitions are carried out by Israel in response to (alleged) Palestinian attacks targeting Israelis, often carried out even before the case comes to trial, if at all. Punitive demolitions were discontinued in 2005 following the recommendation of an Israeli military committee that found it ineffective, but the Israeli authorities resumed the practice in mid 2014.

The destruction of private or public property in an occupied territory is prohibited under international humanitarian law (IHL) unless “such destruction is rendered absolutely necessary by military operations.” Punitive demolitions do not fall within this exception. Punitive demolitions are also a form of collective penalty prohibited under IHL as they target the families of a perpetrator, or alleged perpetrator, who are not involved in the alleged act.

We were shocked with the loss of our eldest son; before we had finished receiving condolences, we were faced with the demolition of our house.