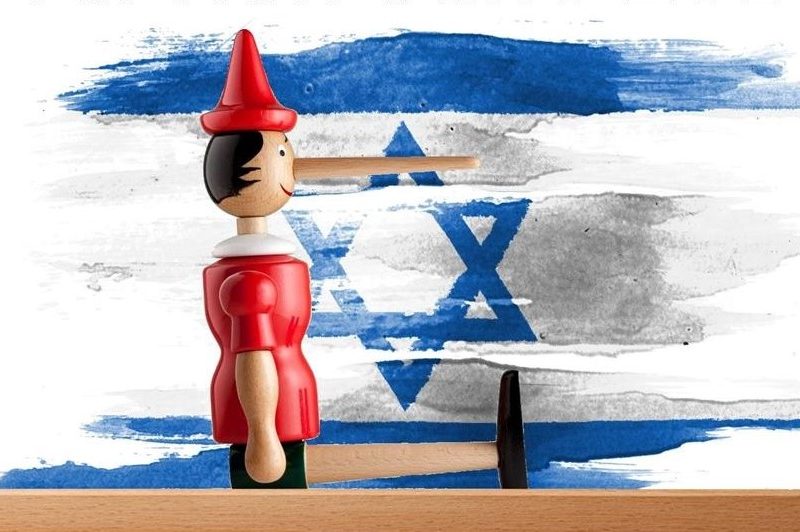 1. “There were no Palestinians in Palestine before Zionism arrived”

2. “Israel made the desert bloom”

The indigenous people of Palestine have always endured. Palestine was rather prosperous for Arab and Jewish Palestinians alike. For example, during the 1944-1945 planting season, nearly 210,000 tons of grain were cultivated in Palestine, of which 193,376 tons were Arab crops, compared to 16,579 tons of Jewish crops.

3. “Jews and Arabs have always been in conflict in the region”

For the most part, Jewish Palestinians got along with their Arab neighbors. This began to change with the onset of the Zionist movement, because the Zionists rejected the right of the Palestinians to self-determination and wanted Palestine for their own, to create a “Jewish State” in a region where Arabs were the large majority and owned most of the land.

The UN does not have the authority to take land from one people and hand it over to another. The UN General Assembly merely endorsed a UN Special Commission on Palestine (UNSCOP) in its Resolution 181 as a recommendation. It is often claimed that this resolution “partitioned” Palestine, or that it provided Zionist leaders with a legal mandate for their subsequent declaration of the existence of the state of Israel. All such claims are false. Needless to say, for Palestine to have been officially partitioned, this recommendation would have had to have been accepted by both Jews and Arabs, which it was not.

5. “The Arabs missed an opportunity to have their own state in 1947”

The Partition plan was in no way, to shape, or form an “opportunity” for the Arabs. Arabs formed the large majority in Palestine, even after massive immigration of European (converted) Jews. In 1922, Jews formed 11% of the population and in 1947 this was still only 33%. The Partition Plan however, allocated 55% of the land to the Jews.

Nations don’t have rights. People do. It’s about the right of all people to self-determination. It is not the Arabs which have denied Jews that right, but the Zionists which have denied that right to the Arabs. The terminology of Israel’s “right to exist” is constantly employed to obfuscate that fact.

7. “God gave the land to the Jews, so the Arabs are the occupiers”

Even from a theological point of view this claim is false. In the Bible, Yahweh, the God of Abraham, Isaac, and Israel, told the Hebrews that the land could be theirs – if they would obey His commandments. Yet, as the bible tells the story, the Hebrews were rebellious against Yahweh in all their generations.

8. “Only Hamas is guilty of war crimes, not Israel”

There are many, many reports of indiscriminate attacks, deliberate attacks against civilians and other war crimes carried out by Israel, including reports from United Nations fact finding missions, Human Rights Watch and Amnesty International. During the recent Gaza protests in the ‘Great Return March’ the Israeli Supreme Court rejected a legal effort by human rights groups to revoke military rules that permit soldiers to use live ammunition against unarmed civilians.

9. “Hamas uses the civilians of Gaza as human shields”

Israel has yet to prove that Hamas has used civilian infrastructure to store weapons. In 2012 Israel made false claims suggesting that UNRWA allowed it’s premises to be used for terrorist activities. In 2014 UNRWA itself reported about rockets in UNRWA schools, but as it later turned out, the objects found were not rockets. International human rights organizations that have investigated the claims have also determined that they are not true. Ironically, Israel destroyed many civilian buildings, including hospitals.

11. “Israel must protect itself because Hamas, the PLO and Palestinians are dedicated to its destruction”

The PLO and Fatah had already recognized the State of Israel in 1988, at the 1991 Madrid Conference, in the 1993 Oslo Accords and in UN Resolutions 242 and 338. Even Hamas was willing to recognize Israel’s right to exist. In 2017 Hamas officially adjusted it’s charter to reflect their more moderate and measured stance towards Israel.

In the period between 22 November 2012 until 7 July 2014, right before the ‘Gaza war’, Israel violated the ceasefire agreement 191 times (resulting in 19 deaths and 81 injuries) and Palestine 75 times (resulting in 3 injuries). On 26 August 2014, Israel and the Palestinian Authority agreed to a new ceasefire. Before the end of the year, Israel had violated that agreement 94 times and only one rocket was fired from Gaza, for which Hamas did not claim responsibility. Israel has not stopped it’s attacks ever since and every month we document new violations.

13. “Hamas rule, not Israel’s blockade, is to blame for the humanitarian crisis in the Gaza Strip”

Israel told U.S. officials already in 2008 that it would keep Gaza’s economy “on the brink of collapse“, functioning at the lowest level possible to put pressure on Hamas. Israel made precise calculations of Gaza’s daily calorie needs to avoid malnutrition and maintains a list of foods that are permitted and banned from entering Gaza. Ever since the blockade, Israel maintains full control of the air above, the sea beyond and the land surrounding Gaza. This includes control over import, export, water, electricity, internet, radio and cell phone capacity. Even if Hamas is not entirely blameless, the daily economic violence is cause by Israels blockade.

14. “Israel is the only democracy in the middle east”

For many reasons, Israel is not a democracy at all. More than 5 million Palestinians are denied equal rights and 4 million Palestinians in the Occupied Territories have no right to vote for the government that controls their lives. The 1.2 million Palestinian Israelis who make up 20% of Israels population have second-class citizenship because of Israels many discriminatory laws against non-Jews. In 2017 a UN report accused Israel of having established “an apartheid regime that oppresses and dominates the Palestinian people as a whole”.

15. “There is no apartheid in Israel”

While there may not be a clearly marked segregation of spaces as in the case of South Africa, the lives of Palestinians are controlled by a whole system of laws and practices based upon institutionalised discrimination, like separate roads and judiciary systems. It is this that makes Israel an apartheid state.

16. “Israel has an independent judiciary”

17. “Israel’s military is the most moral in the world”

If we take into consideration Israels use of human shields, the killing of 551 Gazan children in 2014, the many extrajudicial executions and violence in the West Bank and Gaza, the planting of knives, the graffiti of hateful slogans in occupied Palestinian buildings, the stealing of money, the torture and abuse of Palestinian children, the nightly home invasions as an intimidation tactic, we can safely say that Israel does NOT have the most moral army in the world.

The Israeli press has to submit it’s articles to the IDF Censor before publishing. In order to publish a newspaper you need a license from the Interior Ministry. Over the past decade, 62 such applications were rejected. Foreign press can’t get a Government Press Office card without signing an agreement committing to respect the censorship law. Israel also spends millions of Shekels to promote state propaganda in the foreign press and obstructs freedom of information through gag orders.

19. “Israels settlements are not illegal”

The UN’s Security Council has repeatedly denounced Israeli settlements in the West Bank as illegal under resolution 446 of 22 March 1979. Furthermore, Article 49(6) of the Fourth Geneva Convention of 1949 states: ‘The occupying Power shall not deport or transfer parts of its own civilian population into territory it occupies.’

Israel controls the land borders, the airspace and the territorial waters of the Gaza Strip. The laws of occupation apply if a state has “effective control” over the territory in question. The creation and continuation of an occupation does not depend on the existence of an institution administering the lives of the local population, but only on the extent of its military control in the area. Furthermore, a certain area may be deemed occupied even if the army does not have a fixed presence throughout the whole area.

It was Israel that made the first move and unleashed the “Six Day War”. Early on the morning of June 5, Israel launched fighters in a surprise attack on Egypt and destroyed 90% of the Egyptian air force while most of its planes were still on the ground. Israeli ground forces then proceeded to invade the Gaza Strip and the Sinai Peninsula. Israel now claims it was a preemptive strike, yet there was no imminent threat of Egyptian aggression against Israel. During the 1973 war, Egypt and Syria thus “invaded” their own territory, then under illegal occupation by Israel.

22. “Palestinians reject the two-state solution because they want to destroy Israel”

In an enormous concession to Israel, Yasser Arafat’s Palestine Liberation Organization (PLO) had already since the 1970’s recognized the state of Israel and accepted the two-state solution to the conflict. Despite this, Western media continued through the 90’s to report that the PLO rejected this solution and instead wanted to wipe Israel off the map.

23. “Israel is an outpost of civilization among the Arab ‘wild beasts'”

‘Wild beasts‘ is how Prime Minister Netanyahu called the Arabs surrounding Israel and he is not the only political figure dehumanizing Arabs and Palestinians in particular. But is Israel really such a beacon of civilization? The answer is no. Many Israeli women are subject to sexual harassment, Israeli society and politics are far from LGBTQ-friendly, racism is running rampant and young children are being indoctrinated with negative stereotypes and hatred towards Arabs. Israel is defined by a highly militaristic, settler-colonial culture, presented as being superior to the Palestinian-Arab way of life.

24. “The U.S. is an honest broker and has sought to bring about peace in the Middle East”

The U.S. financially supports Israels military by $3.7 billion annually, whilst Palestine gets nothing. The U.S. also supports Israeli crimes diplomatically, including it’s frequent use of veto power in the UN blocking any investigation of war crimes committed by Israel.

25. “The UN is biased against Israel”

In 2016, the UN Security Council’s focused mainly on North Korea, Congo, Mali, Somalia and Libya. Sudan and South Sudan produced 11 Security Council resolutions, while just one resolution dealt with Israel and the occupied Palestinian territories. It was the first in almost eight years. If the UN is biased, it’s against Palestine because Palestine is singled out from similar treatment to other colonies living under foreign domination and subjugation.

26. “The tunnels in Gaza are there just for terror activities”

Mainstream media have blindly adapted Israels narrative on the tunnels in the Gaza Strip, calling them ’terror tunnels’. These tunnels are a lifeline for the people in Gaza and are being used to import all kinds of goods, varying from tea and baby formula to cattle and fresh fish from Egypt. Can weapons also enter this way? Yes. But if weapons entered by road, would we call them ’terror roads’? Of course not. Needless to say that the people in Gaza would rather use their own airport, seaport and roads to sustain their economy, but Israel has made that impossible.